Hundreds of charity-organisations, as well as welfare-programs are collecting donated used clothes and shoes for families and children in need.

If you have “only slightly or gently worn shoes”, which are still good intact and perfectly wearable, then i´d first like to encourage you to consider supporting one of such charity-projects. There are so many little feet with unwearable or even no shoes on this planet and it is imo. simply beautiful to seeing a child´s eyes sparkle with joy and delight when being presented with something that his or her family usually cannot afford.

Here is an introduction to of a few leading charity-organisations, if you would like to donate for a good purpose.

Since Soles4Souls began in 2006, they have distributed over 35 million pairs of shoes in 127 countries. But EVERY SINGLE ONE of those pairs makes a difference in people’s lives. Watch the video and see how !

Everyone deserves a good pair of shoes.

Every day children are prevented from attending school – adults are unable to work. Walking becomes unbearable. A new pair of shoes provides relief in many developing nations around the globe in times of disaster and helps bridge the economic gap in the United States and Canada.

Don’t throw away a good opportunity.

Americans throw away more than 70 pounds of textiles per person per year. The EPA estimates only 15% is donated or recycled. Since 2006, Soles4Souls has kept 51 million pounds of shoes and clothing out of landfills and instead created opportunities for people in need around the globe.

“What if you could change the world for someone? Would you? You can. And when you do, the world changes for you too.” -Mona Purdy

Read the sad and interesting story behind : Over 3 million pairs of shoes delivered in 19 years. In 1999, Mona Purdy traveled to a remote village in Guatemala and participated in a local running race. While running through this impoverished community, she noticed little children with a black substance on their feet in place of shoes. She later came to find out it was hot tar. These children were putting hot tar on the soles of their feet because they had no shoes protecting them. On her way home, she met an American Orthopedic Surgeon who was visiting this particular village. He explained to her that with shoes, he would be less needed to regularly travel here. He was performing amputations of children’s infected limbs due to lack of protection on their feet. It was really very simple. When Mona returned home, she actively began seeking out local family, friends, running stores, neighbors, churches and schools to begin collecting gently worn shoes. She was feeling great, one good deed down. She returned back to an Orphanage in Guatemala and donated the collected shoes to the children, when a Nun asked her : “When will you be returning” ? This question changed Mona’s life.

After returning home once again, there were bags upon bags of shoes that missed her mission trip. The shoes began piling in continuously, the drop locations were calling that she needed to come back and pick up more, they ran out of room for them. More and more schools became involved, more church groups, scout troops, civic organizations. Newspapers began catching word. Then radio, then finally news stations. Word traveled quickly, the shoes poured in, and Mona’s beautiful Palos Park home became flooded with shoes covering her entire home, garage, and driveway. Thousands upon thousands of shoes came in from throughout the country and it became very clear that this movement was growing faster than Mona could have ever have imagined or handled. Share Your Soles was born. We needed help. Share Your Soles mission became clear : They are going to collect gently worn or new shoes and distribute them to those in the greatest of need around the world. We need the aid of shippers and airlines. Government agencies, embassies, small businesses, government officials, consulates. And the mission continues. Share Your Soles continues to reach out to some of the most impoverished countries through the world.

Help make a difference in the lives of America’s Veterans and their families today.

Your generous donations of clothing and other household goods make a big difference in the lives of America’s Veterans and their families. The items you donate generate the majority of the funding to support local, state and national programs of the Vietnam Veterans of America.

Now Serving Cities and States throughout the United States !

Charity organisations are permanently looking for gently worn or relatively new clothes and shoes. Addresses like these should be your 1st choice if you are interested in donating textiles or shoes that are still in a good shape and rewearable.

For shoes that reached the end of their lives and are in too bad a condition for donation purposes – please feel free to contact http://sellashoe.com

This site uses Akismet to reduce spam. Learn how your comment data is processed. 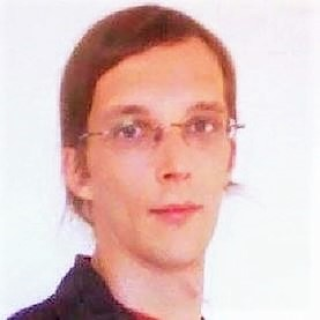 Hi, I am Markus from Sell-a-Shoe.com. Don´t just throw away worn out shoes when you can donate or even sell them !! I am running a small business by purchasing, fixing and partially reselling used kids-footwear. My website furthermore offers helpful and important informations in regards to growing feet, correct foot-measurement and general advice about kids-shoes. Feel free to contact me for more informations or if you have something for sale.